Finding your own way

Some years ago we worked with a client who was headhunted by a major retailer.  For the sake of this example, let’s call her Helen. She joined the company in a major role in retail operations. Having already had experience of executive coaching in her previous company, took us with her to support and challenge her without attachment, giving an outside independent view and input into her new role.

At the time, the company was an extremely profitable and successful retail operation. It had grown exponentially over the previous 20 years into a dominant force, both on the high street and in out-of-town locations.

Helen quickly found that the company had a ‘winning formula’ that relied heavily on process.  There is nothing wrong with this approach – we all know of the advice to ‘stick to the knitting’ and this often holds true. However, the company was run very rigidly from the centre with the budgeting process driven on an incremental basis. Individual store managers, senior field managers and senior executives below director level were asked (not encouraged) to add inflation to costs and a prescribed increment to revenue on an annualised basis.  The only accepted deviation from this was either through major new competition opening, or cannibalisation from openings within the group as expansion was still rapid.

1.    Outwardly, she went along with the ‘process’ and diligently produced an incremental budget for each operation she was responsible for. She didn’t particularly like the culture of command and control, but went along with it.

2.    Inwardly, (within her team of circa 150 operations) she set out on a completely different journey. 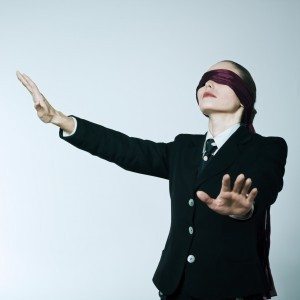 This new journey eventually produced results where sales grew by circa 20% and profits by considerably more. Her people, by and large, loved working in this innovative, challenging and results-focused environment.

Her colleagues in the rest of the country were left in her wake, so the command and control structure at head office had to sit up and take notice!

If you’re interested in finding out what will help you have the maximum impact in your career within the first 101 days of a new role, call us at The Results Centre on 01858 414 240 or email alan@alandenton.co.uk.