The flaws of recruitment

In today’s modern world most recruitment is thorough but, I would argue, fatally flawed. Too much effort is put into the ‘process’ of recruitment and precious little focus is put on the support mechanism, an appropriate induction, under development of a clear vision and strategy that is focused on a high degree of certainty for success in the new appointment.

Too often organisations are recruiting highflyers from other competing businesses, making a big PR exercise out of the appointment and then, mistakenly, sitting back whilst the new executive faces an almost impossibly steep climb whilst becoming increasingly disillusioned in his/her new position and pining for his old company!

In reality the plan and some form of coaching support that is put in place for the First 101 days and, crucially, its implementation will see both the success and survival of the new incumbent and, just as importantly, the profitable development of the organisation concerned.

The failure rate of new appointees and promoted senior executives in both the corporate sector and not-for-profit is incredible: 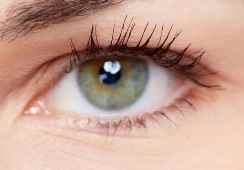 Whichever set of data and statistics one looks at – the results are, at best, unacceptable and, at worst, a disaster across large swathes of recruitment in the corporate world.

I often take the opportunity to remind myself of the various pieces of information and research that indicates the need to reverse this high failure rate.

Many of the reasons for these failures are so obvious as to be almost absurd but businesses continue, time after time, to repeat the same mistakes –the old maxim:

If you would like help on implementing better leadership skills into your business, The Results Centre has a wide variety of services that can be tailored to your business.