The loneliness of the CEO

Alan Denton of The Results Centre discusses the isolation that many senior executives experience and how external support can help.

The saying ‘it’s tough at the top’ has never been truer.  With staff, shareholders and management teams all looking for answers, who does the CEO turn to formulate ideas or run through options and get dispassionate and ‘unattached’ feedback and challenge? 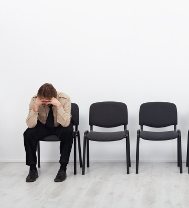 In my work as an executive coach I come across many managing directors, chief officers and senior executives who are crying out for real support and challenge. Someone to talk to and confide in, who is prepared to stand their corner with credibility and integrity – and to challenge when necessary. However, they are far more likely to be surrounded by those who pander to politics and position.

CEOs, directors and senior executives can lead a lonely existence. They often think that they should know all the answers and that demonstrating any form of weakness or uncertainty is a complete no-no. Taking the temperature in their immediate team and across the wider business or even asking for unbiased, non politicised opinions and feedback is often difficult.

The power of not knowing

However, great leaders and managers understand the power of not knowing all the answers, showing some degree of vulnerability and being prepared to be wrong on occasions. This often means taking risks, being prepared to step into their ‘discomfort zone’ and taking the chance on not looking like the all-seeing, all-knowing Boss.

The principles of ‘servant leader’ and ‘leaders who listen’ are often difficult, if not impossible, to implement in very hierarchical organisations where autocracy is the order of the day. Learning to work through these by the use of external coaching can bring about a positive shift in leadership behaviour that can then be cascaded throughout a previously typical ‘command and control’ environment.

Being the CEO is a management position often earned by service, knowledge, experience, tenacity, ability, timing and networks; it is an appointment. However, being a leader is nothing to do with hierarchy or appointment it relies solely on the willingness of others to follow. When challenged, few of our coaching clients have really thought this through; they believe they are the leader because they are ‘in charge’ not because of whom they are being.  This is a surefire way of developing autocratic management and, at worst, a dictator lead organization. This is NOT leadership and, as history suggests, is ultimately doomed to failure. Great management is vital to the success of not just the process and structure of what is done, but is also the key to bringing people with you on the journey to delivering amazing results.

How many chief officers or senior executives do you know who are either so isolated or so ‘in charge’ that they become unchallengeable – they believe in their own power until, of course, they fall off the sandcastle?

How many chief officers do you know who have confidantes in the business, who truly get challenge and support to develop a dynamic and, sometimes, uncomfortable, direction for themselves and the business?

I was recently referred by a client contact to a senior partner in a city firm whom he thought would benefit from our coaching. He warned me that this very bright, astute and highly experienced professional had already had two experiences of executive coaching that had ended in very short and sharp meetings.

I was intrigued and really looking forward to meeting this man. True to form, he emerged as a very impressive individual, highly intelligent, challenging, engaging and, above all, ‘lonely’ in the sense that he had no one to speak to on a level. His firm, from which it emerged he wanted to depart, had merged and become different to the one he’d originally joined. Political intrigue, face fitting and backstabbing reigned, but he was understandably cautious about voicing these concerns and stepping into action to do something about it.

We uncovered all this during our introductory meeting and he gave very positive feedback on our conversation. For him, the key distinction between this and previous coaching experiences was that I was prepared to stand back and challenge him. I was committed to having a great meeting, but with no hidden agenda for contriving a second meeting.

The importance of feedback

With many CEOs wary of showing weakness to the people who see themselves as a future CEO, who can they discuss their fears and hopes with?  Staff are often scared of giving honest feedback to their boss for fear that it will interpreted as personal criticism.  The same can be said for many business coaches who can seem more interested in keeping their job and getting the next meeting than in telling the truth.

I’ve lost count of the number of senior executives I’ve spoken to who assert:

The enlightened senior executives who choose to embrace coaching see it differently. At its most basic level, coaching provides someone to talk to on a level and in confidence – but it can and should be so much more than that.

In 2008/9 we worked with a managing director who ran a very successful multi million pound business. He appeared confident and sure of himself, but through conversation, revealed his uncertainties about the future, particularly in respect of taking the business through the emerging recession. Having an external coaching ‘intervention’ enabled him to look at his business and, more importantly, his people in a new way. As a company, they chose to change the ‘conversation’ they were having, both internally amongst themselves and externally with clients, suppliers and stakeholders. As a consequence, the company powered their way through the downturn. As the MD said in his feedback, “I had no one to turn to internally, I needed that shake and the results have been fantastic.”

In the hands of the right coach, and with a client who is willing to step into the real possibilities that can emerge from great coaching, the stars of business can truly become superstars. Executive coaching should have a clear ethos, but not a pre-determined process. Great coaching is about digging in, challenging and exploring the possibilities and then stretching those possibilities – not stifling them through the use of a fixed model or process.

What makes a great business/executive coach?

So, what should you look for when considering contracting with a business coach?

Look for a coach who doesn’t talk about a process, but has a clear ethos for his or her coaching that encompasses the following:

Being at the top doesn’t have to be an isolating experience. Whilst the loneliness of the CEO is a very real issue within business, it isn’t insurmountable. It may require a shift of attitude, but with the right external, impartial and strong support amazing business and personal results are truly possible. There may be some discomfort along the way, but the outcome should make it all worthwhile.

Interested in finding out more about The Results Centre and our executive coaching programmes? Call us today on 01858 414240 or send us an email alan@alandenton.co.uk