Leaders – are they born or are they made?

Having spent time working with some extraordinary people over the years, I have no doubt that great leaders are made rather than born.  Many are created through a range of different experiences: knock backs, praise, overcoming problems and dare I say it, coaching.

Warren Bennis has interviewed many great leaders.  He concluded “They all agreed that leaders are made, not born, and made more by themselves than by any external means. I believe. that everyone, of whatever age and circumstance, is capable of self-transformation.” That does not mean that everyone will become a leader. In fact, many managers, MDs and even CEOs become bosses, not leaders. They wield power instead of transforming themselves, their workers and their organisation. There is a big difference.

What is the difference? John Zenger and Joseph Folkman pointed out that most people enter a period of learning when they first become managers. They get lots of training (and sometimes coaching). They are keen to learn and are open to ideas.  They think long and hard about how to do their jobs. They want to develop. But once they’ve learned the basics, they seem to stop trying to improve. It now seems like too much trouble or they may not see where improvement will take them. They are content to do their jobs rather than making themselves into leaders. 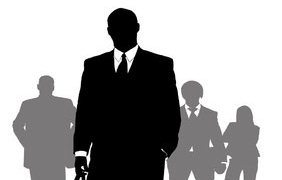 Morgan McCall argues that in many organisations the culture is in finding the talent rather than nurturing the people.  They seek out (external) talent and don’t look for people with the potential to develop. Not only are these organisations missing out on a big pool of possible leaders, but their belief in natural talent might actually squash the very people they think are the naturals.

When companies decide to expand overseas, they can allocate the capital, recruit the teams and install the infrastructure within a matter of months. But mindsets move more slowly.